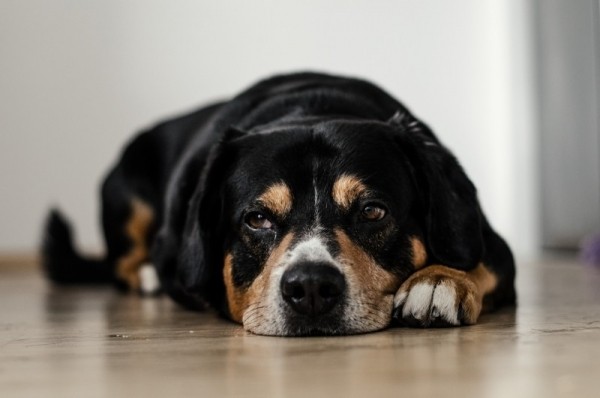 Lots of things. Thinking about teaching and learning. Climate change. My fifty-three-year-old bladder.

More relevant to the area of financial planning, however, what “worries” me the most is the possibility that “This Time Might Be Different.” If you’re not familiar with this phrase, it’s usually used in a negative way. For example, in investing circles it’s often associated with people’s thinking during bubbles, say the dot-com bubble of the late 1990’s or the real-estate bubble of the mid 2000’s. It’s invoked to describe when people think that despite the evidence that things have never worked a certain way in the past, this time is going to be different because of some fundamental change in the world that will make all that historical evidence irrelevant.

While the phrase is usually used in a negative fashion there are times, of course, when things really are different. When Homo Sapiens arrived on the scene. The development of agriculture. The Industrial Revolution. The splitting of the atom. The Internet (while the investing side that produced the dot-com bubble wasn’t different, the effect the Internet has had on just about everything really has been different). So what keeps me up at night is a combination of several factors that make me worried that this time could be different in a way that makes all my assumptions about investing, financial planning, and retirement based on past evidence and practices no longer relevant.

The primary factors that have me concerned are automation, artificial intelligence and life expectancy. Each of those factors on their own already are already having dramatic impacts and, conceivably, could create a this-time-it’s-different moment. But when you combine all three of them together, the potential impact is hard to quantify. There’s no way to do this topic justice in just a short blog post, but I’ll try to summarize my thinking in just a few paragraphs.

The recent history of humanity has been all about automation. From the way we grow food, to the way we manufacture products, to the way we run organizations and manage economies, automation has been the story of modern human civilization. What makes me worry that this time might truly be different is the level and sophistication of that automation, combined with the advances that are being made in artificial intelligence. People have often worried about the effect automation might have on workers, but time and again humanity has adapted and created new things humans can do which has led to new and, arguably, better and more interesting jobs.

But the things we are beginning to be able to automate are approaching the level of being able to provide the majority of what humans need to live and even thrive. While I have no doubt we’ll adapt in terms of what we do with our time and our abilities, I do wonder if that will necessarily translate into a paid employment scenario that will allow our basic ideas of how a capitalistic economy works. A passage in Your Money or Your Life that resonated with me was,

What if we removed most of these expectations from our paid employment and recognized that all purposes for work other than earning money could be fulfilled by unpaid activities?… Redefining “work” as simply any productive or purposeful activity, with paid employment being just one activity among many, frees us from the false assumption that what we do to put food on the table and a roof over our heads should also provide us with our sense of meaning, purpose and fulfillment. Breaking the link between work and money allows us to reclaim balance and sanity.

When you think about those ideas in the context of the combination of automation and artificial intelligence, you begin to wonder if “paid employment” is a concept whose time may be about to pass. If you haven’t yet heard of the idea of universal basic income, you might want to begin learning more about it. I don’t know what the right prediction percentage is, but I would guess that there’s maybe a 50% chance that we will be dealing with a post-capitalism-as-we-know-it society in the next 20-40 years.

The third factor is life expectancy. I think there is a high probability that we are on the cusp of extended lifespans, with many folks regularly living to an age of 120 (and living relatively healthy and meaningful lives right up until the end). I think the advances we’re making in medicine, particularly around our fundamental understandings of biology and genetics as well as our ability to make genetic modifications using techniques like CRISPR, are going to lead fairly soon to dramatic decreases in untreatable instances of many cancers, diseases like Alzheimers, and “lifestyle” conditions like obesity and heart disease. Many credible folks are predicting that 120 will be the “new 100” which is already the “new 80” which was previously the “new 60”. And while not mainstream yet, some folks think 120 is just the start.

Again, these are all good things, but the impact on our economy and our finances would be dramatic. Elsewhere I’ve written about how great PERA is, but if PERA has to suddenly pay out benefits to a large percentage of their members living to 120, all bets are off. When combined with automation and artificial intelligence, we could be looking at the mother of all this-time-is-different scenarios.

Overall, I find this incredibly interesting and very exciting, but it does keep me up at night in terms of offering folks financial advice. If much of this occurs (even in less dramatic ways then described above), then lots of the assumptions that I make when giving my financial advice (fundamental assumptions that everyone makes) may not hold true. That doesn’t necessarily make it bad advice, I think it will hold up really well until it suddenly doesn’t, but once it doesn’t you’re still likely to be in better (or at least as good as) financial “shape” for what comes next. But if someone asks me “what could go wrong” based on your advice, this is what I’d share with them.

One thought on “What Keeps Me Up At Night?”

Who Should Use
Fisch Financial?
Fisch Learning
Financial Classes